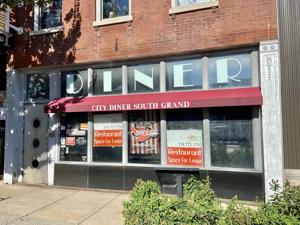 Another South Grand institution has turned out the lights.

For lease signs have been posted in the restaurant’s front windows, and its listed phone number is no longer operational.

City Diner’s Facebook page is offline. A message sent through the email-submission form on the restaurant’s website has not been returned.

Rachel Witt, executive director of the South Grand Community Improvement District, confirmed City Diner’s closure. She said the restaurant closed last week, though she was unsure of the exact day.

In a September 1992 review, the late Post-Dispatch restaurant critic Joe Pollack said City Diner had an “aura” that gave it the feeling of “a successful veteran and not a newcomer to our dining scene.”

City Diner is the third South Grand mainstay to close this year. Cafe Natasha closed in April, though it reopened a couple of months later as the new concept Salve Osteria.

Pho Grand closed in June after 33 years, allowing owners Tami and My Trinh to step back from the restaurant business.