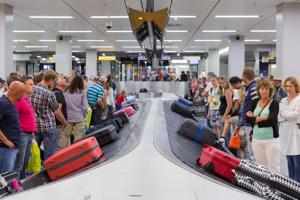 Ed Perkins, Tribune Content Agency
Last week saw some potential gains for air travelers: an announcement of new consumer-interest initiatives by the Department of Transportation (DoT) and recommendations for additional legislation by the nation’s leading consumer advocates. Although the immediate results are underwhelming, they’re at least encouraging.Last week’s actual accomplishment was minor: publication of an Airline Passengers with Disabilities Bill of Rights. This bill shows those travelers what their rights are and how to enforce them. This bill contains nothing new; it’s just a convenient and useful summary in plain language. Still, travelers with disabilities will likely find it helpful.Of more potential impact is a notice from the DoT Office of Aviation Consumer Protection urging airlines to make sure that minor children are seated next to an accompanying parent or guardian without requiring them to pay extra for seat assignments. It has been a mystery to me why airlines haven’t long since solved a problem they could easily fix by themselves, but this time, if they don’t, DoT is prepared to take “potential actions.” About time!

DoT also announced increased staffing to cope with the high volume of complaints, especially about refunds, the number one consumer gripe. And it announced it was pursuing possible violations of excising refund rules.Consumer Advocates Make a PitchA hui (I love that Hawaiian pidgin term for an ad-hoc association) of the country’s A-list consumer advocacy groups submitted a letter to the chairs and ranking members of the relevant House and Senate committees proposing a list of consumer-benefit issues for inclusion in the upcoming 2023 FAA Reauthorization legislation. Specifics range from “do as you’ve been told” to “in your dreams” to “beware what you ask for” proposals. They fall into six categories:Do what Congress has already told you to do. Take action to assure no-fee family seating—as noted, an issue DoT is finally tackling. Study possible minimum airline seat-size standards for safe evacuation.Protect what we already have. Assure that full-fare advertising rules remain in force. Renew the charter of the Aviation Consumer Protection Advisory Committee.Require and enforce better airline performance. Establish and enforce minimum standards of acceptable numbers of delays and cancellations. Forbid “excessive” fees not based on cost. Establish minimum service standards for minimum-fare tickets. Require airlines to answer phones within 30 minutes. Reinstate a reciprocity requirement (the former “Rule 240”) that airlines transfer delayed and canceled travelers to other airlines having available seats.Assist funding and constructing essential infrastructure. Ease barriers to new airport construction. Require that airline “optional” fees be subject to the same taxation as base airfares. Require consumer representatives on airport boards.Increase consumer access to legal recourse. Limit the Airline Deregulation Act to the reduced scope that congress originally intended. Assure consumers the private right of action against airlines. Allow state attorneys general to enforce state consumer protection laws and rules on airlines.Improved notification. Prominently post plain-language summaries of air passenger rights and recourse options under U.S. and international laws. Notify consumers of impending frequent-flyer benefit devaluations at least 60 days in advance.It’s easy to nit-pick individual items. I’m pretty sure that no matter how many tests, DoT will never mandate more seat room than you get now. Some fees that far exceed cost are actually beneficial to consumers. And 60 days notice is too short for major frequent-flyer devaluations.Overall, however, I strongly support this ambitious list. But I’m not holding my breath until any items make it into actual legislation. Clearly, airlines will lobby heavily against any firm proposals—although they may not be very good at running reliable operations, they’re great at lobbying. In addition, Rep Peter de Fazio, chair of the House Committee on Transportation & Infrastructure, lost consumer cred when he co-sponsored that strongly anti-consumer bill with the Orwellian name, Transparent Airfare Act of 2014, that would have killed DoT’s very beneficial full-fare advertising rule.Still, I’d be reasonably happy even if a few items overcome those barriers. Don’t give up hope—at least, not yet.(Send e-mail to Ed Perkins at eperkins@mind.net. Also, check out Ed’s new rail travel website at www.rail-guru.com.)