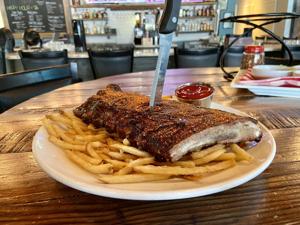 A sign at the restaurant’s entrance announces the closure and directs customers to Pi Pizzeria in the Central West End. The Kirkwood location has also been removed from Pi’s website.

Pi + ¡Rico! combined Pi’s pizza with dishes from Sommers’ Mexican restaurant, Gringo. It originally opened in October 2020 in a small standalone building on Manchester in Glendale. In November of last year, it relocated to the significantly larger Kirkwood storefront.

The closure has reduced Pi’s St. Louis footprint to a single location, 400 North Euclid Avenue in the Central West End.

The original Pi on the east side of the Delmar Loop and the downtown location have both closed, as has Gringo’s sole storefront downtown.

In 2009, President Obama invited Pi to serve pizza in the White House.

More as the Post-Dispatch learns it.