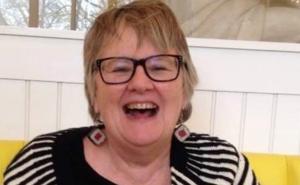 A memorial for Ann Lemons Pollack, a noted food writer and restaurant critic in STL, is set for next week.

Her son, Terry Lemons, said a celebration of his mother’s life will be held at 12:30 p.m. Sunday at The Grandel theater, 3610 Grandel Square.

Pollack, 76, died April 13 from injuries sustained in a fall at her home in Clayton.

Born in St. Francois County, she moved to St. Louis in 1974 and earned a bachelor’s degree in nursing from St. Louis University.

While working as a nurse, Pollack began traveling and writing food stories for various publications, with her byline appearing regularly in a number of local publications. She also was a board member of the St. Louis Media History Foundation.