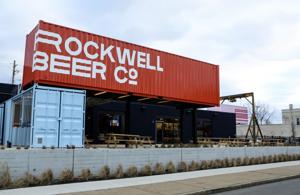 The U.S. Department of Labor has sued the Botanical Heights brewery Rockwell Beer Co. for alleged violations of the federal Fair Labor Standards Act. The suit, filed Oct. 27 in U.S. District Court for the Eastern District of Missouri, seeks to find Rockwell liable for unpaid minimum wage, overtime and tips to at least 48 employees.

The Labor Department’s suit alleges that Rockwell improperly kept tips from its employees by letting the director of hospitality for its original location and its beer garden in Francis Park in St. Louis Hills take part in its bartenders’ tip-pooling arrangement.

As a salaried employee, the suit claims, this director of hospitality was not a “customarily or regularly” tipped employee eligible for a tip pool.

In addition to Rockwell, the suit names as defendants RBC Bier Garten, an LLC for the Francis Park location; RBC Management, an LLC for administration and management; and two individuals as Rockwell employers, Chris Hulse and Heather Sanders.

Attempts to contact Rockwell ownership were not immediately successful.

Generally, employers can pay tipped employees an hourly wage (the tipped minimum) lower than the standard minimum wage, with the expectation that tips will make up the difference between the two wages. Employers then claim this difference as the tip credit toward the legal requirement to pay minimum wage.

The suit alleges that because Rockwell’s tip pool violated the Fair Labor Standards Act, the brewery could not claim a tip credit and thus failed to pay its bartenders the minimum wage — a separate violation of the same act.

Likewise, because Rockwell calculated overtime pay based on the tipped wage rather than the minimum wage minus the tip credit, the suit alleges the brewery did not pay its bartenders the correct overtime premium, a third violation of the act.

Finally, the Labor Department’s suit alleges a fourth violation of the Fair Labor Standards Act, saying Rockwell did not maintain the required records.

The Labor Department seeks an order for Rockwell to pay back wages and damages to 48 employees listed in an exhibit attached to the suit, as well as to other employees the department does not yet know about. It is unclear from court records whether any of those 48 employees currently work for Rockwell.

The First Course by Ian Froeb