‘Where did everybody go?’ Hiring pains keep one Ted Drewes location closed | Local 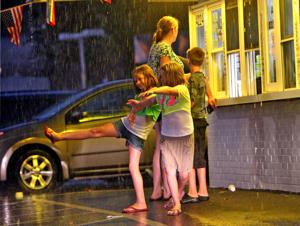 ST. LOUIS — Ted Drewes Frozen Custard, a St. Louis institution, has been unable to open one of its two stores because it can’t hire enough staff.

“I want to open it so badly,” he said Saturday. “First of all, I couldn’t open with COVID two years ago. Last year it was open for about a month or a month and a half. I’ve been telling the customers that call me that I’m still going to try, and I’m not giving up.”

It would normally open by mid-May, he said. He pointed out that he would have more complaints if the store opened and it was short-staffed.

Without disclosing numbers, he says he pays “very well,” that starting salaries for high schoolers are high, that they grow by a few dollars for college students, and add even more for adults.

“I wish I had the answers for you,” he continued. “Every single restaurateur I know, they’re asking the same question. Where did everybody go?”

The larger location, at 6726 Chippewa Street in the city’s St. Louis Hills neighborhood, is open. It has at least 60 employees.

The South Grand location is not the original, but it is the older of the two still open.

Ted Drewes Sr. opened his first frozen custard store in Florida in 1929. He opened one on Natural Bridge Road in St. Louis in 1930, and the South Grand store a year later.

The Chippewa location opened in 1941. Dillon pointed out that it has two gables: The one on the right is the old part; the left is a 1985 addition.

Dillon owns the business with his wife, Christy, the daughter of Ted Drewes Jr.

To apply to work at Ted Drewes, visit the Chippewa location or teddrewes.com.