The Green Parrot, Flaming Pit and more: a look at 38 St. Louis restaurants from days gone by | Restaurants 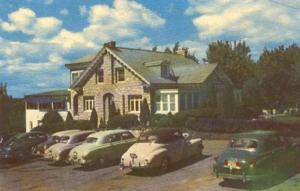 The Green Parrot Inn opened in the late 1930s, and during it’s heyday, this Kirkwood restaurant attracted 1,600 diners for Sunday family-style dinner during its heyday in World War II.  When the restaurant served its last meal, on June 12, 1982, 800 patrons came by to say farewell. The restaurant, which was famous, for its fried chicken, was no more. “The Kentucky Colonel killed us,” an employee said. (Photo from a Green Parrot postcard)