Should You Use Buy Now, Pay Later Services for Travel? | Travel 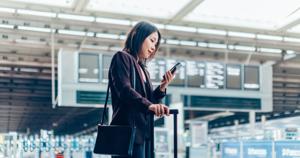 Sally French
Buy now, pay later services are an increasingly popular way to purchase products online. These services often target young shoppers through social networks and promote the ability to purchase products like clothing or makeup via a small down payment followed by installment payments to cover the difference.But it’s not just physical stuff that you can click to buy and pay in full later. Travel providers have jumped on the trend by partnering with these services, which include Affirm and Uplift, to let you fund your vacation in small payments — sometimes even after you’ve finished the trip.Affirm began partnering with Vacasa vacation rentals in February 2021 and then American Airlines in October 2021. Afterpay lets you use its service when you book through online travel agencies Klook and Agoda, and you can even order tickets to the Broadway musical “Hamilton.” United Airlines flights can be paid for later through Uplift.

Payment plans to cover vacations aren’t new. Charging your vacation to credit cards was an option before these services began, and many travel agencies have long offered payment plans. Buy now, pay later payment options are the shiny, technology-based version of payment programs like layaway or deferred interest.“Buy now, pay later” services can be handy in some circumstances, but there are drawbacks to taking on this kind of debt.The problems with using buy now, pay later to book travelThey make travel seem cheaper than it really is: Breaking down one big payment into multiple, smaller payments can make a purchase seem more affordable than it is and perhaps is psychologically satisfying. But adding up all the payments can end up the same, or sometimes even more due to interest, than the full quoted cost.For example, a two-bedroom Vacasa vacation rental for a three-night stay cost $1,399. But Affirm markets it as six monthly payments of $233.You might scoff at lodging expenses for a three-day weekend that may be more than a month’s rent. But don’t be fooled when you see the $233 offer — you’re still paying the $1,399, just not all in one go.It’s usually not a good way to build credit: Sezzle proudly proclaims that it has “zero impact on your credit.” Afterpay advertises that it doesn’t conduct credit checks.“We don’t believe in preventing people from accessing Afterpay because they may have had an old debt from a long time ago. And we don’t believe that missing a payment with Afterpay should result in a bad credit history,” according to a company statement.While that notion has its merits, it does mean that people who might already have a history of debt are getting access to loans that they might be unable to pay off — in turn digging them into deeper debt.In fact, Afterpay doesn’t affect your credit scores, period, so even a pristine, on-time reputation won’t help your scores. Had you paid on time through a traditional credit card, that information would be reported to the three credit bureaus and likely help your credit.You could end up owing more than you thought in interest: Some services charge fees. Affirm typically charges interest on longer loans, but won’t charge fees on shorter loans. In the previous Vacasa example, you won’t owe interest if the loan is paid off within six months. But if you opt to pay in 12 monthly installments of $116.67 over the course of a year, you’ll also owe Affirm nearly $120 in interest fees. That turns what could have been a nearly $1,400 cabin into a $1,520 cabin.Most other types of loans charge interest too. In fact, the average interest rate for a co-branded credit card in 2020 was 25.7%, according to data in a 2021 consumer credit card market report from the Consumer Financial Protection Bureau.There are other fees besides interest: Especially if you already struggle to pay your regular bills or track your expenses, some of these services can make it easy to fall behind on payments and incur high late fees.Zip, which partners with Airbnb and encourages bookers to split any purchase into four installments over six weeks, charges a $1 convenience fee per installment (so you’d owe $4 to Zip on top of the money you owe Airbnb). If you miss a payment, Zip charges late fees ranging from $5 to $10.Sezzle doesn’t charge outright late fees but will deactivate your account if you’re two days late. To get your account reactivated, you’ll pay a fee of up to $10. And, if you preemptively delay your payment due date, Sezzle charges a $5 rescheduling fee.Like many other services, Sezzle makes these fees tough to know about ahead of time. Case-in-point: Sezzle’s fees aren’t clearly stated on its site, but rather buried within the fine print of its 12,000-word user agreement.Credit cards can also entail fees, and credit card issuers charged consumers a combined $12 billion in late fees in 2020, according to the CFPB. But the Credit Card Act of 2009, intended to protect cardholders, heavily regulates such fees by limiting how high those fees can go. And in most cases, buy now, pay later loans aren’t subject to the same consumer protections that apply to credit cards.When buy now, pay later services make senseYou might pay less in interest or fees versus other forms of debt: Many of these services allow you to pay off purchases down the road without paying compounding interest, which you’ll typically owe with other forms of debt you take on. Unless you’re taking advantage of a 0% APR offer on a credit card, that includes most credit card debt, too.You have poor credit or are credit invisible, and it’s a necessary expense: Maybe you have poor credit. Perhaps you’re great with money — but are credit invisible, meaning your credit history isn’t long enough to have generated a credit file.  (This situation is common among young people and recent immigrants.) While most of these services won’t help build your credit, they can help if you need to make a purchase that you can’t pay in full now.It’s a necessary expense: Maybe you have a sick relative and you need to jump on a plane to care for them. Perhaps your house needs emergency repairs and you’ll need to stay in a hotel, but your homeowners or renters insurance won’t cover the upfront cost. If your travel expense is necessary, then buy now, pay later services can serve people with few to no other options.The bottom lineBuy now, pay later services can be a lifesaver when you’re in an emergency situation and you’ve exhausted other options. They can also serve to cushion your savings account if you’re booking a trip that you know you can afford, but want to hold cash as long as possible.But in general, there are far too many gotchas in these services to make them worth recommending for most travel purchases.The article Should You Use Buy Now, Pay Later Services for Travel? originally appeared on NerdWallet.